Here you will find stuff about Scams.

The Internet is brilliant, except, with the Benefits came the Crud, the Wheedlers, Con Artists and Criminals who use it to cheat People out of Millions every year.

I will use this Post to explain some of them, and some which - unfortunately - sometimes you aren't aware of until you (almost) get involved with them.

Here you are invited to join an ever growing Group of 'Researchers' to watch TV. You are asked - apparently, it says here, allegedly, so we're told -  to review said Programs and be paid 'up to $25' a time. Note it says "Up to" not $25, so no Guarantee of a 25 Buck/Quid Gig here then.

Here's what I wrote subscribing to a Scam Reviewers Site about it......

"I signed up to this (unfortunately sometimes you have to to find out anything about it), and it all looked a bit vague. No mention of current Opportunities to subscribe to made me skeptical. This is supposed to be better than YouTube - who have HD Content - while the poor quality Video of (fiverr.com probably) Actors and Actresses looked suspicious. They have a Newsfeed, but that isn't difficult, while there might be some Movies and TV Shows - but then, neither is that.

The Scam becomes apparent when you see the Certification stuff - quote; "The THWGlobal Online Sales Training and Certification Course cost $995, plus $39.95 monthly for continuing sales, motivational and technical training and education. However, for a very limited time the cost of the system is being discounted to $695, plus $39.95 monthly for our early movers. Once the promotion is over the price will go back to $995."

Shame you have to this, otherwise you get paid in Tokens - the usual Remuneration from many of these Market Research Companies if you just become an lV rather than a Certified lV.

They're trying to recruit 5,000,000 People. If all of them paid that amount they would make $5,875,000,000. You give them that amount of real Money - they might pay you in Tokens and a very ambiguous Work Rate. You're paying them to work for them! Not only that, but they get all that Data - AND your financial details if you decide to do it.

YouTube is free, and it's cheaper to buy a Cable or Satellite Package!"

So, they'd have to give you quite a few "$25" Gigs to repay the amount you give them, while Tokens won't assuage any Credit Card or Finance Company when they want their $1175/1445 back!

I got an Email from India from a "Widow" who claimed to be that of a wealthy Indian Businessman who wanted to give me - yep GIVE ME - $15,000,000. To achieve this I had to complete a Form and a Declaration stating that the Money was mine - and this was the "official" transfer. This was scanned, signed and sent back to the "Accountant" dealing with the "Widows" "Estate" etc. Then I get an Email from a "Solicitor" who wanted me to send a "Processing Fee" so the Money can be sent via Wire Transfer. This was for $200, which I didn't have - so I said they could deduct this from the "$15,000,000" - or I would even consent to them spending some of it to bring said Monies to the UK and we could go and celebrate our good Fortune! It was here that the Tone completely changed and they got a bit shirty. No less so when I suggested that he lent me the Money and I would repay him once I received this vast Sum.

Hmm, so a "Solicitor" with a few prestigious Clients couldn't find $200 against a guaranteed repayment? An "Accountant" who worked for an "Executive" of the "Reserve Bank of India" - except the Email was sent at about 4AM Indian Time (an "RBI Executive" working those hours?) and was written by what looked like a semi-literate 12 year old? Also, the RBI isn't in New Delhi - it's in Mumbai!

It was here that their Ruse fell apart - and after I Emailed them with some of this I never heard from them again. What suggested to me that they were part of a Network operating this and other 419 Scams  was how nothing appeared in my Inbox from any other "Widows" afterwards. 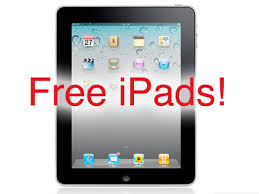 Also, How many of you have "won" an "Ipod/Ipad/Tablet/Macbook/Laptop/Smartphone" etc, and you fill and send the Form so you can "Claim your Prize"? I've done many of these - and if there are many others who have all I can say is there must be a huge Depot somewhere with "Ipod/Ipad/Tablet/Macbook/Laptop/Smartphones" piled to the Rafters that got lost in the Post! This, I think is just an Email grabbing exercise where the Addresses get sold on to "Widows" in "India" wanting to "give" you "$15,000,000!"