HOW THE 90'S REALLY STARTED
In what sometimes feels like a Lifetime ago a Bunch of People in Bristol did something quite extraordinary. It was the Cusp of the 1980's and 90's and the World was in Flux. The Warsaw Pact was about to - and then did - collapse, a Moderate was about to rule Iran after the Ayatollah Khomeini died, the Injustice of Apartheid was ending in South Africa and even Margaret Thatcher resigned. But while all this was happening a few People scattered across the Globe fought to ensure another Injustice wasn't forgotten. Beirut had been a Black Hole where People had been killed or disappeared since the early 1980's and some were still there. In Bristol People watched TV as one of them, John McCarthy, had a Girlfriend in Britain who had been keeping his Memory alive. It was seeing Jill Morrell pleading for someone to do something that prompted those People to create a Music Project called International Hostage Release.
There then followed some Campaign work, Sleep-outs, Vigils and an Album Project with some very famous Names on it. Yours truly wrote the Press Pack that got everyone from Tina Turner to Midge Ure, Dire Straits to Todd Rundgren, and the Group who dedicated "Belfast Child" to Brian Keenan to donate a Song to the Album.
We then had an awesome Press Conference at the Waldorf Hotel in London to launch it.
It turned out to be something of a Full Stop to the 1980's and the start of the 1990's.
(Cue; someone starts the Projector)
Many things have happened since this Scene was filmed 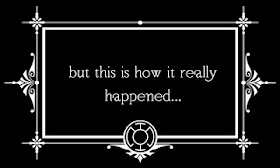 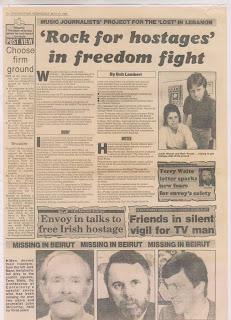 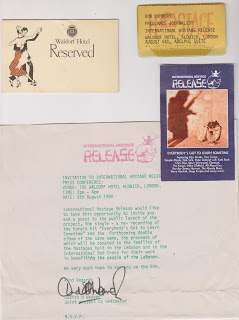 This is from the Press Conference the subsequent Project did - and while John Jacob Astor was the wealthiest Man on the Titanic, the Conference was at his Cousins Hotel - built the same year as the stricken Ship, 1908, by William Waldorf Astor. How little I knew then that an epic Film would be made about that "Night to remember" a few years later!

When I was at the Conference I met the Sisters of Belfast Hostage Brian Keenan whose resolute Determination was very inspirational. Their and our Work was finally vindicated when he was released a few Months afterwards - and he wore one of our T'Shirts. 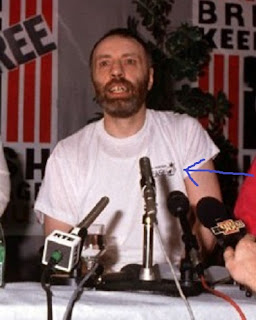 I have been quite vociferous about how the 90's commenced within a few years of this, but in the early 2000's I connected up with a Bloke who was a Fan of Colin Woore whose "If you really want me" appeared on the Album. I contacted him, told him about the Campaign - sending him Stuff from it - and he put together a rather nice Web Page about it ......
http://www.theeuropeans.co.uk/IHR.htm

And as a sort of Certificate of Authenticity - here's the Email exchange I had with Mr Glasswell about sending him the stuff. We've had all sorts of shenanigans with this - but rather like someone from Slovakia who quipped about how People might have seen something on the Internet - some of us saw all this for real! 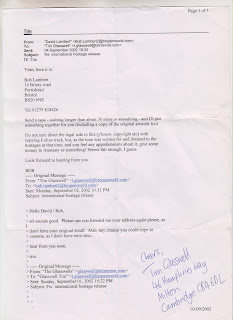